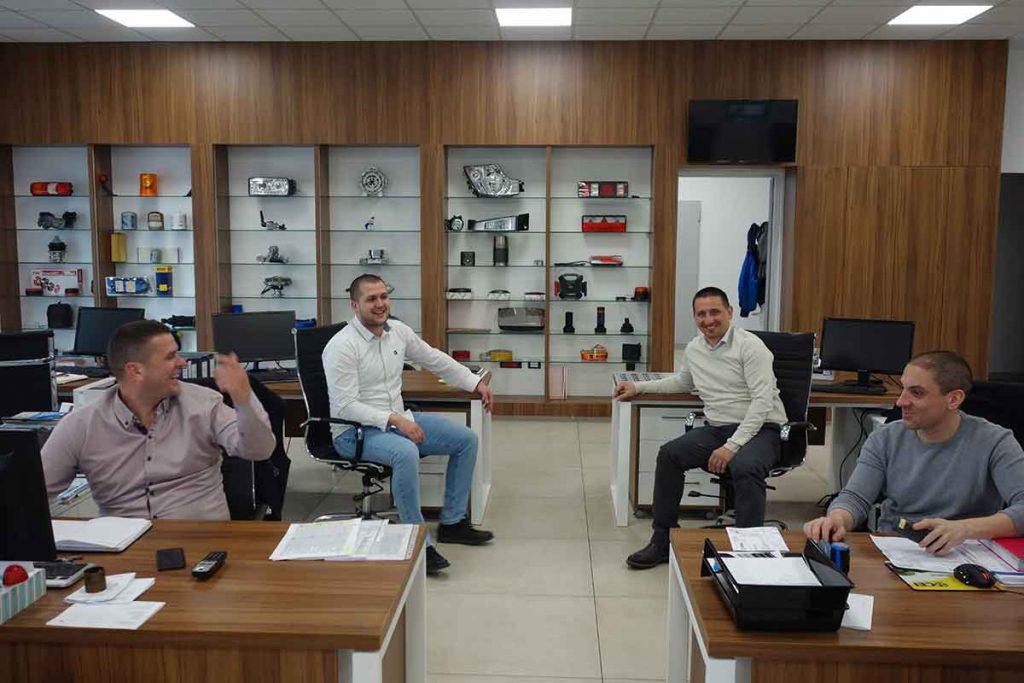 Every Rapidex employee, rightly, can be considered equally important. The standards were set at the beginning, each role is clearly divided, it has been like that for almost a quarter of a century, but, still … The heart of our company or the engine of the company is Commercial. A sector on which much else relies. When we talk about the constant progress and better results of the company, from year to year, it primarily refers to sales. In the field of equipment and parts for commercial vehicles, we are champions in this part of the world, and we could not be without the great commercialists we have throughout Serbia, in Bosnia and Herzegovina and Slovenia.

-Every commercialist here has its customers. This, of course, is a small number in the beginning, but when the salesman is sufficiently trained and mature, finds his customers, some are given to him by more experienced colleagues, he expands that network … 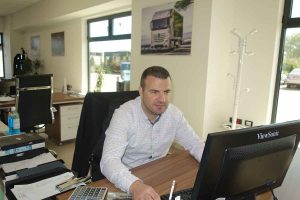 The winning formula is presented by Zoran Maslarić, Head of Sales at Rapidex, as if it were the simplest thing you can imagine, and not hundreds of thousands of products sold, almost 40,000 types of items placed in trucks and buses that swallow millions of kilometers of roads around the planet. . In the branch office in Novi Sad, nine guys are in charge of that job, and Zoran Maslarić has already reached the age of majority, when it comes to work experience in our company.

-All that time we all grew, developed and progressed together. We started in about fifty square meters of office space, and now we occupy the market in three countries. From the headquarters in Novi Sad, commercialists went to other cities and helped develop the business. And the market is not the same everywhere. The trucks that are driven in certain parts of the region are also different, depending on what type of transport or area of ​​the economy they deal with, explains Maslarić.

However, he emphasizes that it is easier for our commercialists than for some others, because everyone knows Rapidex well and is sure of what they can expect, and that is always the best.

-Our customers are loyal to us. It is the result of our honest and dedicated work, but above all the human relationship with each of them. It also means a lot to them that they know that they will find us in the middle of the night, and we will help them when a malfunction happens to them, Maslarić points out. 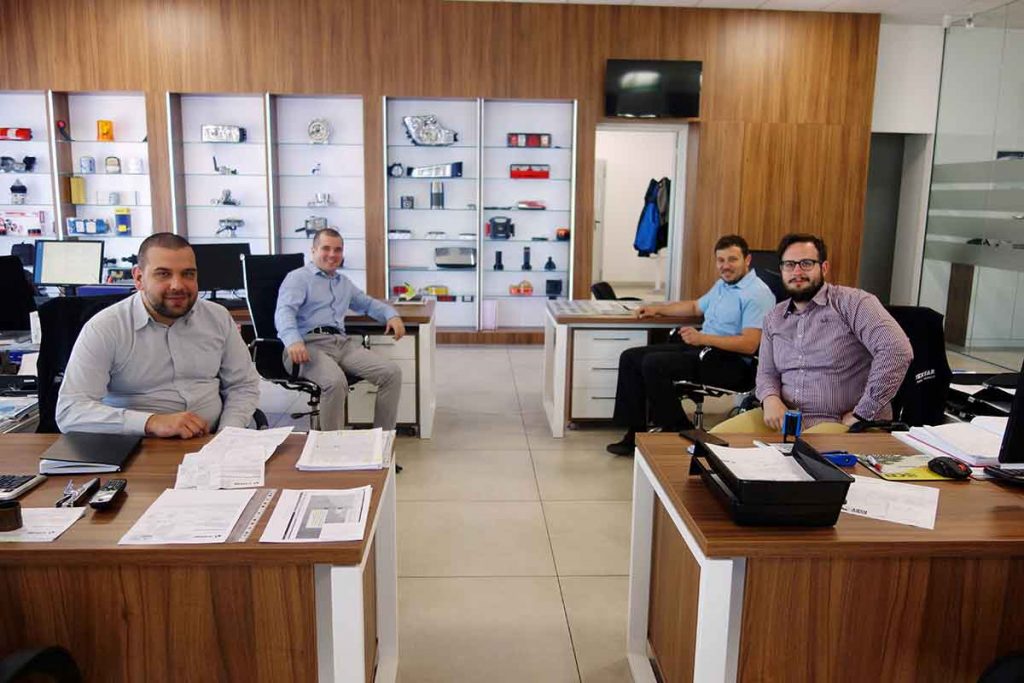 It is also important for Rapidex Commercial to always keep up with the latest developments. We are authorized sellers of the most important “players”, we know what is required and we respond adequately to that.

-Rapidex customers demand premium quality. This is especially true for long-term carriers. They know exactly what is good. And that they can find it with us. We have built the company on top brands, Maslarić emphasizes.

Zoran Maslarić describes the job of a commercialist primarily as dynamic.

– As a rule, commercialists are social and communicative. That’s why they enjoy meeting a lot of people, which a job at Rapidex allows them to do. Sometimes it is stressful and hard to be a commercialist, but the results achieved undo that. And it’s a beautiful feeling when you know that you helped someone whose truck failed somewhere in the abyss.

There are many more commercialists in Rapidex than musketeers, but they are guided by the motto “All for one, one for all!” They are different in age and character, but they work together as a machine. When they look in the rearview mirror, they are aware that becoming a good commercialist is neither quick nor easy. But that is why they are there to help each other, so that each of them would be able to solve the problem on their own, if there is a need for that. This is necessary, because Rapidex employs young guys as commercialists, who then need several years to be able to train for everything that their job requires. They also spend some time in other parts of the company, so there are no unknowns for them.

There is no faculty for commercials, although Rapidex has a university degree among them. They just have to be created for that job, to have an innate feeling for it. And to constantly cultivate a relationship with His Majesty the customer.

06/11/2019
International trade journalists from 22 countries have selected the new MAN Lion’s Coach as...